Strong increase in US military spending 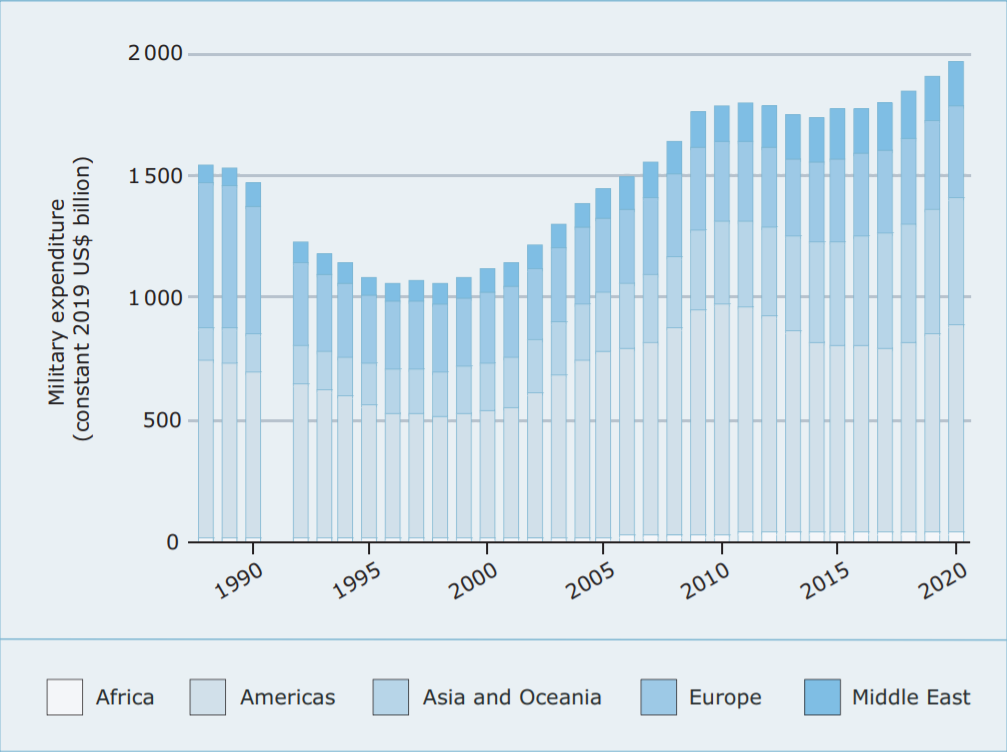 World military expenditure in 2020 is estimated to have been $1,981 billion – the highest level since 1988 – according to the latest research from the Stockholm International Peace Research Institute (SIPRI).

The five biggest spenders in 2020, which together accounted for 62 per cent of global military expenditure, were the United States, China, India, Russia and the United Kingdom.

According to SIPRI, the 2.6 per cent increase in world military spending came in a year when global gross domestic product (GDP) shrank by 4.4 per cent (October 2020 projection by the International Monetary Fund), largely due to the economic impacts of the COVID-19 pandemic. As a result, military spending as a share of GDP — the military burden — reached a global average of 2.4 per cent in 2020, up from 2.2 per cent in 2019. This was the biggest year-on-year rise in the military burden since the global financial and economic crisis in 2009.

‘We can say with some certainty that the pandemic did not have a significant impact on global military spending in 2020,’ said Dr Diego Lopes da Silva, Researcher with the SIPRI Arms and Military Expenditure Programme.

‘The recent increases in US military spending can be primarily attributed to heavy investment in research and development, and several long-term projects such as modernising the US nuclear arsenal and large-scale arms procurement,’ said Alexandra Marksteiner, a researcher with SIPRI’s Arms and Military Expenditure Programme. ‘This reflects growing concerns over perceived threats from strategic competitors such as China and Russia, as well as the Trump administration’s drive to bolster what it saw as a depleted US military.’